Well, the longlist for this year’s Man Booker International Prize is out, and while it looks a fairly interesting collection of books, there is one issue I have with it – I’ve hardly read any of the listed titles, meaning that I have a very busy month or so ahead of me…

Still, I have made some headway already, with two of my previous reads making the cut, so (as is the case every year) my shadowing duties will begin with a brief summary of the story so far.  I wonder if either of these will still be around when we get to the end of the journey in June?

*****
Fish Have No Feet by Jón Kalman Stefánsson –
MacLehose Press, translated by Philip Roughton
What’s it all about?
A man returns to his Icelandic home after years away, and before his plane has even landed, 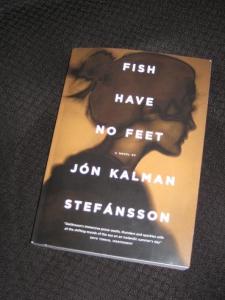 he’s looking back on his life, reflecting on family, friendships and his failed marriage.  There’s more to the story than meets the eye, though – as we jump backwards and forwards in time, we’re never quite sure who’s telling the story, or why…

Does it deserve to make the shortlist?
I’m a huge JKS fan, but I have to admit that I’m a little surprised (and pleased) that it made the longlist.  While there’s a lot of the poetic wonder that made his previous trilogy of novels such marvels, I’m not convinced this one is quite as good (with some sections a little too close to Knausgaard-lite for my liking).  Again, this book is to be continued – I suspect that it will actually improve once we know the full story…

Will it make the shortlist?
I don’t think so.  There are lots of good books on the list, and I’m not convinced the judges will find a spot in their top six for this.  I’d be very happy to be proven wrong, though 😉 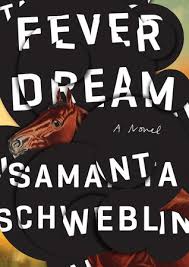 What’s it all about?
A hospital bed.  A dying woman and a curious youth.  An attempt to tell the story of how we got here before it’s too late.  A little girl, a small town and a strange series of incidents.  A wonderful novel.

Does it deserve to make the shortlist?
YES.

If there was one book that I would have gone on the barricades for, this is it, and all I can say is that the official panel can count themselves lucky that they were sensible enough to include it, otherwise I would have… would have… Well, I would have made some rather witty and cutting remarks, probably.  Lucky, I tell you…

Will it make the shortlist?
YES.  This has everything going for it, and it’s a book that will stand up to rereading (I’ve already been through it twice).  This was my ante-post pick for a winner, and I’m sticking to it (well, until I’ve read some of the other longlisted titles, anyhow).

*****
Two down, eleven to go.  I suppose it’s time to get reading…  Please join me again soon as I recommence my trip around the literary world.  After my stops in Iceland and Argentina, I’m ready to roll once more 🙂