With August just around the corner, my Women in Translation Month preparations are in full swing, and today sees the first of my posts for the year in an attempt to respond to a recent provocation by the event’s founder, Meytal Radzinski of the Biblibio blog.  You see, Meytal put out a request on Twitter for suggestions for a #WITMonth canon, asking readers to nominate ten books each, from which a top one hundred is to be collated and announced towards the end of August.  For further information and guidelines, please take a look for yourself here 🙂

I was, of course, eager to give my tips, but it’s not quite as easy as it sounds.  I’ve been trawling through my shelves, and my reviews, trying to narrow down a lot of excellent books to just ten, and I’ve decided to reveal my choices over two weeks, with the first five announced today and the top five next weekend.  My final list only includes books I’ve read and reviewed here on the blog, and I’m sure there will be a few surprise inclusions (and omissions), but that’s the name of the game.  The links below will take you either to my review (the book title) or the relevant publisher’s page (the publisher name).  So here we go, books ten to six on my list of the best works by women in (English) translation – have you read any of these?

Viola Di Grado’s first novel appeared in Italian when she was just twenty-three, and it’s a searing debut, centring on a young woman living in the English city of Leeds, a place where the sun never shines, and where the dull locals live in a perpetual December.  With a dead father and a reclusive mother, Camelia’s life is a dark one until she encounters another immigrant, the Chinese shop worker Wen.  If you’re expecting a touching love story to blossom, though, you’re on the wrong path – Camelia is seriously messed up, and there’ll be no happy ending here.  Although Wen provides a diversion, and even a new hobby in the form of learning Chinese characters, it’s just a temporary diversion from the downward spiral Camelia finds herself in.  70% Acrylic 30% Wool is a fantastic novel with the only weak point the decision to translate it using American English.  Seriously, it’s set in Leeds!!!

9) A True Novel by Minae Mizumura
– translated by Juliet Winters Carpenter, published by Other Press 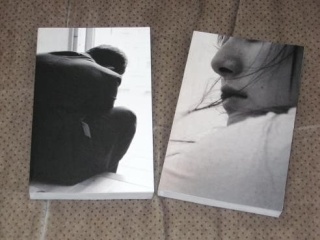 I’m not usually a fan of writers using other people’s ideas, but A True Novel is something else entirely, a classic example of genius stealing.  Over 850 pages (and published in English in a beautiful two-volume edition by Other Press), Mizumura takes the English classic Wuthering Heights and transforms it into a slow-burning Japanese tale of passion and betrayal.  While there’s the obsessive love story of the original, with an angry young man who eventually becomes rich (Taro) and the beautiful girl he can’t forget (Yoko), the novel also showcases several decades of Japanese history, taking us from post-war ruin to economic success, and then the aftermath of the collapse of the bubble economy.  Winters Carpenter has done a wonderful job in making the text elegant and unhurried, yet impossible to put down, too.  It might seem like a long book, but it’s one many readers will find themselves devouring, eager to find out what becomes of the doomed lovers.

8) There a Petal Silently Falls by Ch’oe Yun
– translated by Bruce and Ju-Chan Fulton, published by Columbia University Press

Korean literature appears to have a relatively high female-male proportion of work in translation, and one of the most impressive works from the older generation is this collection of three longish stories.  There’s the heart-warming ‘Whisper Yet’, a story of friendship in the post-Korean-War era, and the charming and whimsical ‘The Thirteen-Scent Flower’, in which a couple’s discovery of a magical flower is sadly followed by the determination of big business to cash in on it.  However, it’s the title story that is the main drawcard here, a stunning piece focusing on the horrendous events of the Gwangju massacre in 1980.  The story is told in three different voices: a woman violated by a stranger; the man who attacked her; and the people looking for the woman after her flight.  Translated by Bruce and Ju-Chan Fulton, who have been responsible for bringing many twentieth-century Korean classics into English, this is an important story, and one that anyone interested in Korean history and literature should seek out.

7) The Passion According to G.H. by Clarice Lispector
– translated by Idra Novey, published by Penguin Modern Classics

I haven’t read as much of Lispector’s work as I’d like, and The Passion According to G.H. is a book that makes me think I need to try more.  In this one, a woman walks into her spare room to see if it needs cleaning and is mesmerised by the space, the sunlight and an unwelcome little visitor she finds in the wardrobe.  In terms of action, that’s pretty much it, but the real beauty of the novel is the psychological torment the main character undergoes, with the moment providing a quasi-religious turning point in her shallow existence.  This certainly isn’t the easiest book to get through, despite Novey’s excellent work, and there’ll be times when  G.H.’s virtual paralysis means it takes us longer to read the actions than it does G.H. to actually perform them.  Nevertheless, by the end of the book, we feel as if we’ve experienced something special, extraordinary.  Exactly what that is – well, that’s another question entirely…

6) The True Deceiver by Tove Jansson
– translated by Thomas Teal, published by Sort Of Books 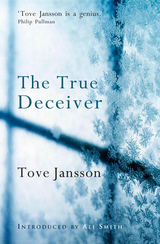 Better known for her Moomins children’s books, Finnish writer Tove Jansson actually wrote a number of works for adults, and this one, which took out the Best Translated Book Award back in 2011, is probably the most successful.  It’s a dark, slow-burning affair, set in a remote village in the frozen north, where Katri, a taciturn woman living with her simple brother and a large dog, makes the acquaintance of a neighbour, Anna, a famous illustrator of children’s books.  Katri has reasons for wanting to make herself indispensable to the old woman, and it isn’t long before she and her brother have moved into Anna’s house; however, as it turns out, her new friend isn’t quite as timid and defenceless as she first appears.  A taut, tense affair, The True Deceiver is far more than the sum of its terse, clipped sentences would suggest (hats off to Teal for his work here).  I’m afraid we’re not in Moominland anymore…

*****
Five down, five to go…  I hope you agree with some of my choices – I’m sure you’ll let me know if you don’t.  As for the top five, well, as I mentioned, that’s a tale for another day.  Next week we’ll see who makes it and, of course, what takes out the top spot – I hope you’ll check it out 😉