As I mentioned at the start of the year, I’m taking a well-earned rest in 2020 from shadowing the International Booker Prize, but that doesn’t mean that I’ll be ignoring the event completely, and, like many readers, I’ll be very interested to see what makes the longlist (announced on the 27th of February).  Before that, though, I wanted to take a quick peek into my crystal ball to provide a few possible contenders for the list, something that’s proving to be much more difficult than I’d expected.  You see, despite my 2019 reading list running well into triple figures, the number of eligible books read turns out to be very low, a consequence of trying untranslated works, focusing on books by writers who are, to put it bluntly, dead, and (of course) the fact that the bizarre eligibility period chosen means that many of the books haven’t even been published yet…

Still, I’ve done my best, and today I’ll introduce sixteen books that you might hear about on the 27th of February.  Eight come from my list, and you’ll be able to check out the reviews, too, while the other eight are likely contenders hand-picked from an even more impressive selection, namely Antonomasia’s carefully curated list over on Goodreads of all the possible contenders.  So, shall we take a look?

A fair number of my reviews look at fiction from East Asia, so it’s no surprise that several of my predictions are from that region.  Hiromi Kawakami’s The Ten Loves of Mr Nishino (translated by Allison Markin Powell: published by Granta Books), a clever look at the life of a man as seen by ten different women, is a fairly obvious choice, and Bae Suah’s Untold Night and Day (tr. Deborah Smith: Jonathan Cape), with its looping plot reminiscent of Can Xue’s dreamscape fiction, is another that may impress the judges.  Perhaps a less obvious choice is My Enemy’s Cherry Tree, an excellent novel by Taiwanese writer Wang Ting-kuo (tr. Howard Goldblatt & Sylvia Li-chun Li: Granta).  This one revolves around a man running a coffee shop in a remote location, waiting for his wife to return, with the reader only gradually learning why she left.

I have read a couple of eligible books from Europe, too, both courtesy of the ever-obliging MacLehose Press, but I’m not convinced that they’re in the top tier of contenders.  Juan Marsé’s The Snares of Memory (tr. Nick Caistor) is an entertaining story of a crime that happened long ago, with the focus less on whodunnit than whyhedunnit.  Meanwhile, French writer Didier Decoin’s The Office of Gardens and Ponds (tr. Euan Cameron) takes us to Japan once more for a tale of intrigue involving fish and perfume.  If I’m honest, I’d be surprised to see it included, but given that it’s already taken out one ‘prestigious’ prize, you never know 😉 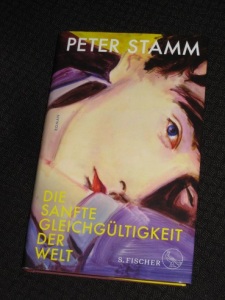 Thanks to the Goodreads list mentioned above, I also managed to find a few books that I wasn’t aware were eligible, two of which I’d read in US editions.  Paulina Flores’ Humiliation (Oneworld Publications) is an excellent collection of stories by a young Chilean writer, and Megan McDowell’s presence on translation duties makes it an automatic must-read.  There’s more short fiction here in the form of Kim Young-ha’s Diary of a Murderer: And Other Stories (tr. Krys Lee: Atlantic Books).  The title novella is a clever look at an old man, who may or may not be a serial killer, slowly losing his mind, with this piece supplemented by a few added extras (including a farcical closer featuring a philandering writer getting his comeuppance).

Finally, I read Peter Stamm’s short novel Die sanfte Gleichgültigkeit der Welt a couple of years back, but Granta have just released an English-language version, The Sweet Indifference of the World, in Michael Hofmann’s translation.  It’s a little different to his other novels in its premise of a man watching a younger version of himself repeat his mistakes, and I’m quietly confident that it will at least come close to making the cut. 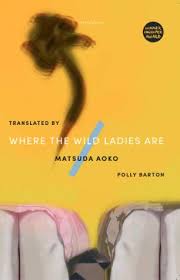 Of course, having read less than 10% of the eligible titles, I’m unlikely to get anywhere near the real longlist, but I thought I’d look at the rest of the books and select a few I suspect might get the nod.  Last year’s longlist was notable for its absence of Japanese writers (despite the eligibility of some excellent books, including Yu Miri’s Tokyo Ueno Station (tr. Morgan Giles: Tilted Axis Press)), but I suspect that won’t be the case this year.  In addition to the Kawakami book, surely Yōko Ogawa’s latest work in English, The Memory Police (tr. Stephen Snyder: Harvill Secker) will make the list.  If you’re looking for an outsider, then perhaps a very recent release from Tilted Axis, Aoko Matsuda’s Where the Wild Ladies Are (tr. Polly Barton), a modern, feminist take on Japanese ghost stories, might be worth checking out.

When looking for likely inclusions, another area to focus on is familiar names, and there are several books by writers whose work I’ve tried before, all of which are possible candidates.  With László Krasznahorkai describing Baron Wenckheim’s Homecoming (tr. Ottilie Mulzet: Tuskar Rock Press) as the culmination of his major novels, it’s hard to see the judges ignoring it.  Meanwhile, new releases by Icelandic writer Jón Kalman Stefánsson are always events to celebrate round these parts, so I’m crossing my fingers that his most recent translated work, Summer Light, and Then Comes the Night (tr. Philip Roughton: MacLehose Press) is another success.

It’s not just male writers who have books I’m keen to try.  Having enjoyed Anna Kim’s Anatomy of a Night when I read it a few years back, I’m interested in The Great Homecoming (tr. Jamie Lee Searle: Granta), a novel set in Korea amidst the post-war turmoil (although I may opt for the German-language version).  I also enjoyed Hanne Ørstavik’s The Blue Room, so Love (tr. Martin Aitken: And Other Stories), which took out the 2019 PEN Translation Prize in the US, must be another one to check out.

Finally, we come to two books, and writers, completely new to me, but around whom the buzz has been impossible to ignore.  Nino Haratischvili’s The Eighth Life: (For Brilka) (tr. Charlotte Collins & Ruth Martin: Scribe Publications) runs to close to 1000 pages, so there may be some out there hoping it *doesn’t* make the longlist.  However, this multi-generational family epic sounds like the kind of book the judges are searching for.  The same could be said for another book coming out soon, namely the Korean bestseller Kim Jiyoung, Born 1982 (tr. Jamie Chang: Scribner UK).  Cho Namjoo’s novel of an ordinary woman and her life in a society that discriminates against women in countless ways was a huge hit in her home country, with a film adaptation already released.  I’ll certainly be taking a look at this at some point (a review copy would be nice…) – I wonder what the judges will make of it.

*****
Well, let’s face it, this was just a whole lot of hot air and speculation, but that’s the best I can do for you at this point – we’ll just have to see how many, if any, of these will make the cut.  Feel free to let me know what you think will be chosen as I’m sure most readers will have very different ideas.  The only thing I can guarantee is that when the list is made public, I’ll be just as surprised as everyone else; roll on next Thursday 😉