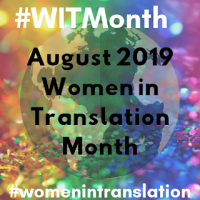 After visits to Lviv and Tokyo, our latest Women in Translation Month house call sees us riding off into the Spanish countryside.  Today’s choice is a classic novel, and once again the house of the title is at the heart of the story.  However, while there’s plenty of room for visitors, it’s not exactly equipped with all mod-cons, and if you’re expecting a warm welcome, you might be disappointed – people in these parts aren’t fond of intruders from the city…

*****
The reader’s entry into the world of Emilia Pardo Bazán’s The House of Ulloa (translated by Paul O’Prey and Lucia Graves) coincides with Julián Álvarez, a young priest from the city of Santiago de Compostela, arriving in the Galician countryside.  He has been sent by a nobelman to be the new chaplain for his nephew, the magnificently named Don Pedro Moscoso de Cabreira y Pardo de la Lage, and while the larger-than-life Don Pedro sees little need for more spiritual guidance given the proliferation of priests and abbots in the region, he’s more than happy to welcome the newcomer into his home.

However, the old manor house in Ulloa isn’t exactly what Julián was expecting.  Accustomed to the fineries and good manners of the city, he’s taken aback by the crude nature of his new abode, a dirty, run-down house that’s seen better days.  Yet that’s nothing compared to what he discovers going on inside Don Pedro’s home.  You see, his new master isn’t the only one with a say in how things are managed here on the estate, and in terms of moral conduct, it appears that the priest’s presence is more necessary than he might have thought.

A classic of Spanish literature, The House of Ulloa was first published in 1886, but it drags the reader further back in time than that, and it feels even older (it seems as if the countryside is situated in an earlier century).  This is one for fans of Gothic novels, with its old house, sinister plots, creepy cast and a protagonist wondering who he can trust.  The novel progresses a little slowly at times, but you always feel as if it’s heading in the right direction, and it culminates in the disaster and bloodshed you’ve been supecting, even if there are a few surprises in store.

At its core, Pardo Bazán’s novel is a story of power,and who wields it.  Don Pedro, also known as the Marquis (a title he isn’t actually entitled to but is nonetheless usually addressed by), may act like the alpha male, but he’s actually under the thumb of his major-domo (estate manager), Primitivo, the only person with an overview of the estate’s accounts and workings.  One of Julián’s tasks is to attempt to unravel the secrets of the Ulloa finances, but he soon realises that it’s a futile task far beyond his limited capabilities.  Don Pedro is at the mercy of his supposed underling, and this will have grave consequences later on.

It’s not just here that Primitivo has power over his master, though.  Affairs inside the house are managed by his beautiful daughter Sabel (whose anger Julián quickly attracts after he spurns her advances…), and no matter how much Don Pedro claims he wants her married off and out of the house, she’s a fixture in the kitchen – and not just there.  Sabel has a young son called Perucho, and while it takes Julián a while to catch on, eventually he notices that the boy has very familiar features.

Cleansing the Ulloan stables, then, is a mammoth task, and as you may have gathered, Julián really isn’t the right man for the job.  The writer is quick to point out his delicate, almost feminine nature:

He belonged to the vanguard of the excessively prudish, along with those whose sense of virtue is easily shocked, who have the scruples of a nun and the modesty of an untouched maiden.  Having never let go of his mother’s apron-strings except for his classes at the seminary, all Julián knew about life was what could be learned from religious books.  The other seminarists had called him St Julián, claiming that all he needed to complete the picture of the saint was a little dove perched on his hand.
pp.20/1 (Penguin Pocket Classics, 2016)

He certainly stands out in this harsh environment, surrounded by hunting, hard-drinking men (and that’s just the priests) and is repelled by the bawdy country manners.  Yet he realises that he has a responsibility towards Don Pedro and is the only one who can offer support, particularly when Don Pedro marries one of Julián’s old city acquaintances, Nucha, a woman every bit as out of place in Ulloa as the chaplain himself.  Despite his failings, Julián must step up and protect his new mistress, and the house he serves.

There’s a distinct V-Lit feel to the novel, even if it’s not quite as long as that would suggest, but rather than being told by an omniscient narrator, the story tends to focus on Julián (a relatively minor character), meaning the reader is often (deliberately) left in the dark.  The main players, especially Primitivo, are actually off stage for much of the book, and this adds to the suspense, particularly when we get to the few tense confrontations between Don Pedro and his major-domo.  This less-is-more approach also extends to the Marquis’ marriage, with just the odd scene hinting at the couple’s feelings:

She murmured her customary night-time prayer – ‘An Our Father for the repose of mama’s soul…’ – as down the passage came the sound of heavy footsteps and the creak of brand new boots.  Behind her the door opened. (p.113)

Yet The House of Ulloa is also a comic novel in places.  The writer has an eye for the absurd and delights in savage sketches of fat, dull country folk, crude banquets attended by gluttonous priests and landowners, and the enormous country dwellings about to crumble into dust after decades, centuries even, of neglect.

There are a couple of occasions where the pace slackens somewhat, but just at the right time, Pardo Bazán ups the pace by widening the scope with an election.  In this way, the novel extends from the personal to the national, with the introduction of societal conflict (old against new, the church versus the state), although out in Ulloa the election is less about beliefs and more about settling old scores, and taking the opportunity to show who’s really in charge.  The goings on at this local election can be very Trollopian in places, even if matters progress slightly less violently in Barchester than down Ulloa way…

It’s always good to find new classics by women in translation, and The House of Ulloa is definitely one I’d recommend, an entertaining novel where the reader senses early on that there’s unlikely to be a happy ending:

Julián did not foresee any immediate danger, but he had a sense of impending doom – brought about by that loathsome, illegitimate family, who seemed rooted to the ramshackle manor house like the ivy growing up its crumbling walls! (p.134)

But who will come out on top and emerge as the ruler of the House of Ulloa?  Well, that’s a secret you’ll just have to work out for yourself.  All I can say is that it’ll be worth the effort 🙂